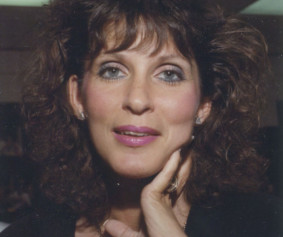 Renée Israel was as close to an angel as you could find here on earth.  She gave her heart and soul to everyone that had the privilege of even spending a few minutes with her.  In 1989, she was diagnosed with Breast Cancer.  After having a lumpectomy, chemotherapy and radiation, she was in remission.  Unfortunately, in 2001, she was informed that the breast cancer, that she had 12 years prior, had resurfaced in her lungs and was given months to live.

In true Renée fashion, she did not let the news of her future pain and discomforts stop her from always having a positive outlook and living every day to its fullest.  No matter how she hurt, she always smiled.  She was a great friend, mother, wife, and philanthropist.

On January 23, 2006, at the age of 56, Renée passed on.  As a family, we decided to honor her life by starting a charity in her honor; The Renée Israel Foundation.  We have put on annual fundraisers and have raised almost $980,000!

The Renée Israel Foundation was founded in 2006 and is a non for profit 501(c)(3) organization.  All monies raised go directly to the Robert H. Lurie Comprehensive Cancer Center of Northwestern University.

Today, the Robert H. Lurie Comprehensive Cancer Center of Northwestern University is one of  only only 41 cancer centers in the nation to hold this NCI designation. In addition, the Cancer Center is a founding member of the National Comprehensive Cancer Network, an exclusive alliance of 25 of the nation’s leading cancer centers.  The center treats more than 10,000 new cancer cases annually.

It is estimated that 40,000 women and 400 men will die from breast cancer in the United States this year.  Everyone knows someone who has been affected from this horrific disease.  Therefore, we are asking for your help to win this battle!